What is heart disease?
Heart disease is commonly thought of as a single disease, however, it is a group of conditions that affect the health and function of the heart. These diseases can cause damage to the musculature of the heart, as well as the vasculature of the heart and the body. Common heart diseases are angina, heart attack, arrhythmia, atrial fibrillation, heart failure, and cardiac arrest. Heart disease is not limited to just these however, and as a patient living with a spondyloarthritic disease, you should have knowledge of almost all of them so you know what to look out for. For more information please visit: http://www.heartandstroke.ca/heart/conditions.

The fundamental characteristic of spondyloarthritis is its associated inflammation. It is the systemic inflammation throughout the body that causes the joint pain and joint disease.

What is more clear now is that the inflammation that affects the joints also affects other parts of the body as well. Most notably the heart is particularly sensitive to inflammation. Chronic inflammation can lead to build-up of plaques in your arteries and vessels that provide oxygen to your heart and the rest of your body. These plaques, a collection of cholesterols and other substances, block your arteries in the heart and ultimately reduce its function or may loosen and block other vessels leading to stroke or heart attacks.

Central to the treatment of SpA’s is the control of inflammation. This reduces your risk of not only progressive joint damage and pain but also heart disease.The key function of the medication your doctor may prescribe in controlling your SpA is to reduce inflammation. Along with a healthy balanced diet and exercise these in combination can help reduce cholesterol in your body which can form plaques and reduce inflammation that can lead to heart disease.

AS is known to be associated with a number of cardiovascular conditions including aortitis, aortic valve disease, conduction disturbances, cardiomyopathy, and ischemic heart disease.

It is estimated about 2-10% of people with AS have cardiac issues.

Types of Heart Disease common in SpA & the symptoms?

Aortitis is the inflammation of the aorta, the large artery that takes blood from the heart and distributes it to the rest of the body. Aortitis can result in aortic insufficiency, or the inability of the aorta to carry sufficient amounts of blood to the body, and hypertension (high blood pressure). A number of people with AS have chronic inflammation at the base of the heart, around the aortic valve, and at the origin of the aorta. Years of chronic inflammation can lead to valve leakage, which sometimes requires surgical intervention. Management of aortitis includes controlling the inflammation with medications, treating complications, and preventing its recurrence. Aortic valve disease – a condition in which the valve between the heart’s main pumping chamber (left ventricle) and the aorta does not work properly. There are two main types of aortic valve disease – aortic stenosis (narrowing of the aortic valve opening) and aortic regurgitation, in which the aortic valve does not close properly, causing blood to flow backward into the left ventricle. This condition, which can cause shortness of breath, chest pain (angina), and dizziness, is often treated with surgery to repair or replace the faulty valve.

Conduction disturbances are arrhythmias that cause the heart to beat too fast (tachycardia) or too slow (bradycardia), and to pump blood less efficiently. The disturbances are caused either by a disruption of the heart’s normal electrical conduction system or by heart disease. People with conduction disturbances often feel a palpitation or skipped heart beat and a fluttering sensation of the chest and neck, as well as fatigue, dizziness, lightheadedness, shortness of breath, and chest pain. In extreme cases, conduction disturbances can cause sudden cardiac arrest. Arrhythmias are treated with medication, ablation (radiofrequency energy delivered at the site of the electrical disturbance), defibrillation (an electronic shock to the heart), or with an implantable cardioverter defibrillator (a pacemaker-like device that delivers a shock to the heart to restore normal rhythm).

Cardiomyopathy is a disease that enlarges and weakens the heart muscle, making it harder for the heart to pump blood to the rest of the body. Left untreated, cardiomyopathy can lead to heart failure, blood clots, valve problems, and cardiac arrest. The symptoms of cardiomyopathy include shortness of breath with exertion or even at rest, swelling of the legs, ankles and feet, abdominal bloating, fatigue, and an irregular heartbeat. Most often, cardiomyopathy is treated by managing symptoms, preventing the condition from worsening, and reducing the risk for complications. Medications like ACE inhibitors (a type of blood pressure medication) can help improve the heart’s pumping capabilities, and beta blockers can help improve heart function, as well. Some patients receive a pacemaker to coordinate contractions between the left and right ventricles or a ventricular assist device to keep blood circulating through the heart.

Many people with AS also suffer from a condition called costochondritis, which can mimic the chest pain caused by an acute heart attack. Costochondritis is a benign inflammation of the cartilage connecting the ribs to the breastbone. The pain can often be excruciating, especially after exercise or coughing. The pain usually goes away on its own; however, in certain cases, it can last for several months or longer. Treatment focuses on pain relief, with prescription nonsteroidal anti-inflammatories like ibuprofen or naproxen or narcotics (Vicodin, Percocet) if the pain is severe. In addition, antidepressants (amitriptyline) and the epilepsy drug gabapentin (Neurontin) have proven successful in treating chronic pain. Stretching exercises, nerve stimulation, and injections of numbing medications can also help control the pain of costochondritis.

NSAIDs and the Heart

Nonsteroidal anti-inflammatory drugs (NSAIDs) are the most commonly used class of medications to treat the pain and stiffness associated with spondylitis. Sometimes, higher doses of NSAIDs are needed to maintain relief from spondylitis symptoms. This can pose a problem because long-term NSAID use can cause significant side effects, especially in the gastrointestinal tract. A different class of NSAIDs,  known as Cox-2 inhibitors (or Coxibs), allegedly reduce the risk of gastrointestinal complications associated with traditional NSAID therapy.

For years, doctors have exercised caution when prescribing NSAIDs for chronic pain relief because of their well-known risk for causing ulcers and serious bleeding in the stomach and GI tract. After a study found that Vioxx, a Cox-2 inhibitor, carried a significant increase in the risk of heart attack and stroke, doctors began to wonder if other pain-relieving medications had heart risks, as well. By the time Merck withdrew Vioxx from the market in September 2004, the drug had caused a reported 60,000 deaths worldwide. A study published in the Archives of Internal Medicine in 2010 found that people taking opioid drugs, which have long been used to treat pain, also have an elevated risk of heart attack compared to NSAIDs. Many clinicians, however, think that NSAID gels and patches may relieve pain without the adverse abdominal and heart effects that pills cause. Others say to simply use NSAIDs judiciously.

So what is a patient, who relies on NSAIDs for symptom relief, to do? The best advice is to talk to your doctor about the risks and benefits of NSAIDs and to disclose any pre-existing heart conditions or risks.

What are common symptoms of heart disease?|

Common signs and symptoms of heart disease include:

However, because of the myriad of conditions that heart disease encompasses there are many symptoms to look out for depending on what disease is manifesting. Additionally, symptoms can be different in males and females.

What should I do when symptoms appear?

Immediately seek medical care. Heart diseases are similar to strokes in that the longer they are left untreated, the more damage they are likely to cause. Protocol for dealing with heart attacks, cardiac arrest, and other diseases and conditions are all different. There are a number of tests that will be conducted once you have reached the hospital, these may include: angiography, echocardiogram, electrocardiogram, cardiac catheterization,
or doppler ultrasound, to name a few. For more information on what to do in the event of any heart disease symptoms please visit: http://www.heartandstroke.ca/heart/emergency-signs.

How can I prevent and manage heart disease?

The best thing you can do to prevent heart disease is to maintain a healthy lifestyle (healthy eating, physical activity, avoiding tobacco misuse).

Prevention starts with knowing your risk. Heart and Stroke Foundation report that 9 in 10 Canadians have at least one risk factor for heart disease and stroke. Almost 80% of premature heart disease and stroke can be prevented through healthy behaviours. Habits like eating healthy, being active and living smoke free  impacts your health.

There are lifestyle risk factors you have control over that include:

How is heart disease treated?

include: coronary artery bypass surgery, heart valve surgery, implantable pacemaker surgery, and cardioversion therapy. Additionally, there are a number of factors that you can control that will reduce your risk for developing cardiovascular diseases, some of these include: diet, weight, physical activity, smoking, stress, drug abuse, and alcohol intake.

Although living with a SpA condition can be stressful and can make it difficult to live an active and healthy lifestyle, we encourage you to do the best you can – even little steps can help.

Where can I go for additional information and support?
The Heart and Stroke Foundation has more detailed information and resources to support you. Visit their website at www.heartandstroke.ca

All information is provided for your general knowledge only, and is not a substitute for the advice from and care by health professionals. Please consult your health care professional regarding details of symptoms, diagnosis and medication or treatment. Any information or links do not imply endorsement. 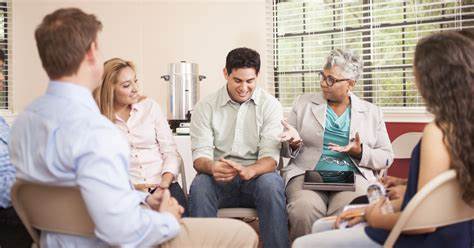